Wheels on the Waterfront 2012 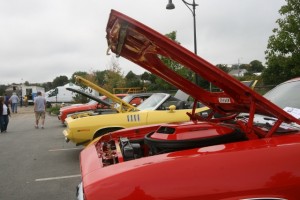 Bangor’s car show Wheels on the Waterfront was hosted on Saturday, September 8. Although the weather was not ideal, many car owners and auto enthusiasts gathered at the Bangor waterfront to share their common interest- automobiles. The autos in the show ranged from 90 years old to brand new, including everything from  a 1923 Ford Model T, 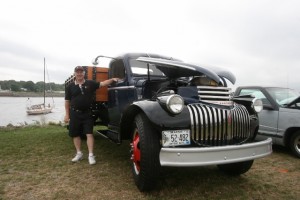 A 1946 Chevy 2 Ton Grain Truck, and many others including the row of Mopars above.

Quirk Auto Group was the sponsoring partner for the show, and our friends at Quirk made numerous appearances at the show. A T-shirt booth was set up 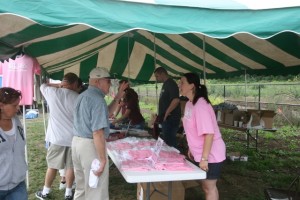 where Quirk employees were selling shirts to benefit breast cancer. The shirts read “Get Your Headlights Checked’ which seemed to be a suitable slogan from breast cancer awareness at a car show. Quirk Insurance also made an appearance, handing out promotional items and flyers. 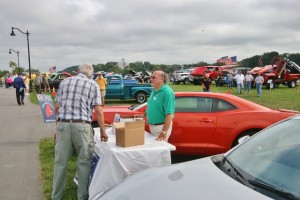 e born and raised. Starting only a few short years ago, this show has grown into one of Maine’s largest car shows hosting cars from all over New England and Canada alike.